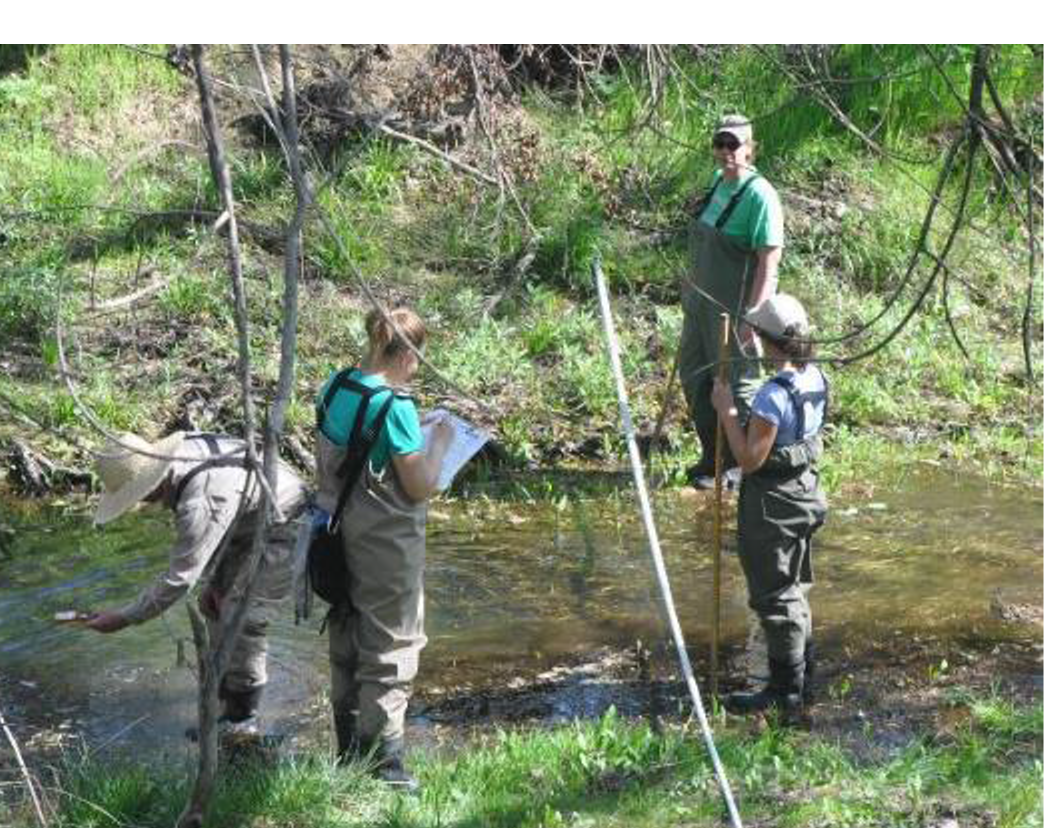 Biological assessments (bioassessments) evaluate the overall health of a waterbody by comparing different factors at a site with what would be expected to be found at “reference” site, i.e. a site unimpacted by humans. Aquatic bugs and algae are collected and identified, and measurements of habitat quality, water level, and water chemistry are taken. In unhealthy ecosystems, the diversity of animals and plants often decreases and the composition of species changes, favoring those organisms that are more tolerant of poor environmental conditions. The information can be used to determine impacts of pollutants and non-chemical stressors (e.g. sediment and habitat alteration), and help prioritize management activities.

Currently, the Program participates in the Southern California Stormwater Monitoring Coalition’s Regional Bioassessment Survey. The current five year study began in 2015 and is looking at the condition of streams in Southern California, what stressors are associated with poor condition, and whether the conditions are changing over time. For the study, the Program performs bioassessments in Ventura County at ten probabilistic (randomly selected) sites each year, and at eight trend (revisited) sites annually for the duration of the study. A list of potential probabilistic stream sites is randomly generated for this study and qualifying sites must be wadeable, accessible, safe, and have water present at the time of sampling. Both perennial and non-perennial sites qualify for the 2015-2019 study.

The previous five year study began in 2009 and targeted perennial sites. The Program performed bioassessments at fifteen probabilistic and three trend sites each year of the study. The final report was released in 2015 and is available here.

Prior to the Regional Survey, the Program conducted monitoring at fixed stations within the Ventura River Watershed from 2001 to 2007. That monitoring was discontinued in favor of the regional approach. 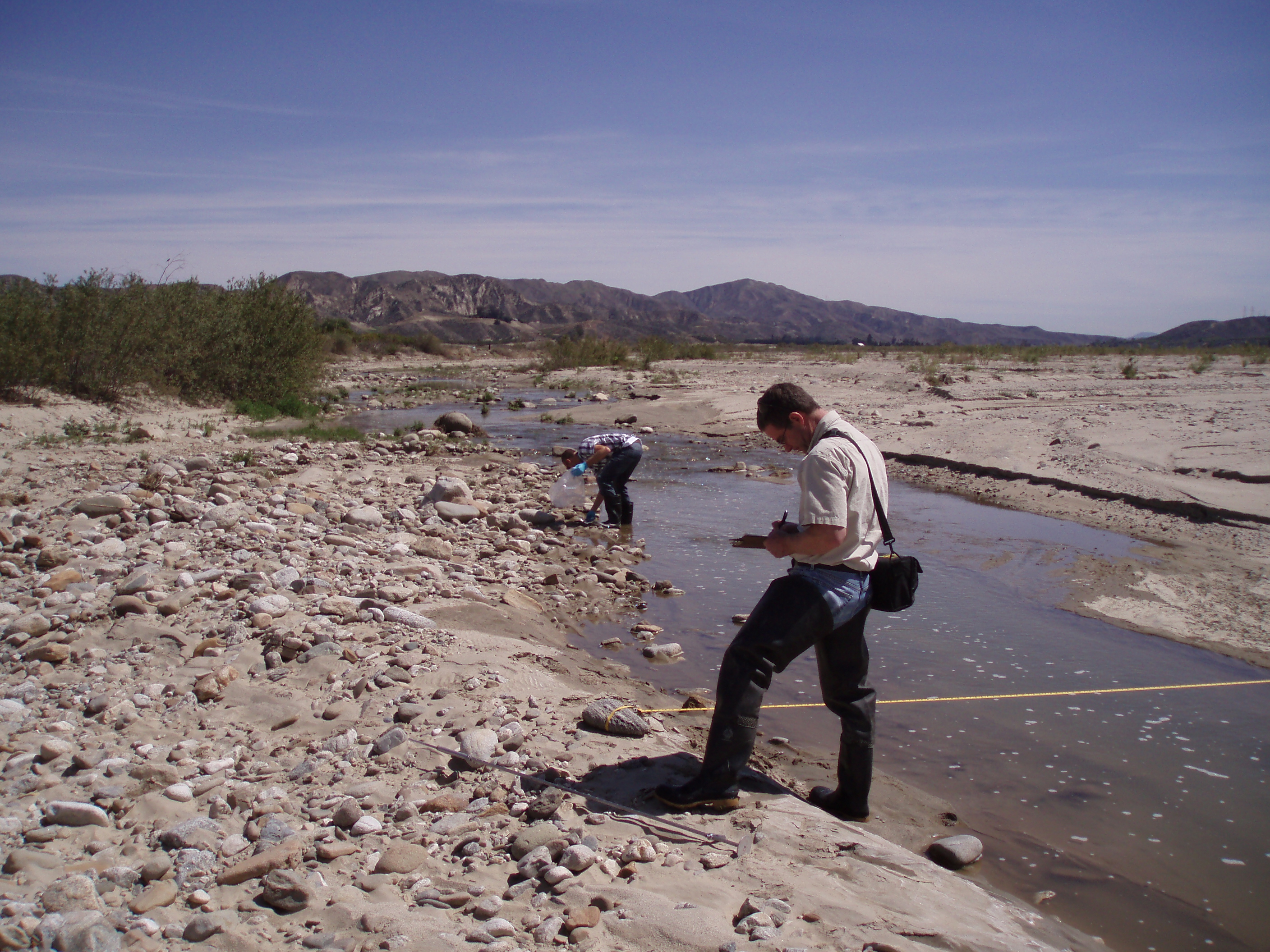 Pyrethroids are a class of insecticides, many of which have been newly developed, to replace pesticides that were banned due to long lasting environmental harm. The Program conducted a pyrethroid insecticides study in April 2012. The study involved the collection of sediment from two locations in both the Ventura River and Santa Clara River watersheds. Monitoring of sediments for pyrethroids is already conducted in the Calleguas Creek Watershed as part of the watershed’s Toxicity Total Maximum Daily Load (TMDL) monitoring program and so this data was used for the study to avoid duplication of effort. All samples were analyzed for pyrethroids, total organic carbon, and toxicity. No significant levels of pyrethroids or sediment toxicity were detected at any of the monitored sites. The 2012 report is available here.

The study was repeated in 2015, with the Program substituting their own two sites in the Calleguas Creek Watershed in order to simplify data collection, analysis, and increase comparability as the turnaround time for the TMDL study data did not align with the Program’s study. The 2015 report is available here.

Aluminum concentrations in Ventura County surface waters and urban runoff during wet weather events are routinely above the water quality objective (WQO) specified in the Los Angeles Region Water Quality Control Plan (Basin Plan). The objective is based on the level required for drinking water. As aluminum occurs naturally in soils and sediments and is the most abundant metal in the earth’s crust it is suspected that naturally occurring aluminum is the primary source, and sampling was designed to confirm this hypothesis. The Program conducted a historical data evaluation and initiated new monitoring during the 2013/14 monitoring season.

All wet weather samples collected upstream of anthropogenic activities exceeded the WQO and the aluminum levels were routinely much higher than those seen in runoff from urban areas. The exceedingly high level of total aluminum detected in runoff from undeveloped areas suggests that wet weather aluminum will routinely exceed water quality objectives regardless of Permittee efforts. In comparison, concentrations of total aluminum in dry weather samples appear to be a much smaller issue, with approximately six percent of samples exceeding the WQO. Read the full report here.

The Program participates in the Southern California Bight Project which is conducted in five year periods. The Program assists with the estuary and nearshore sampling effort requirements for Ventura County as defined in the Bight Workplans. For the Bight 2008 Coastal Wetlands and Estuaries Eutrophication Assessment Workplan, the Program maintained two continuous data loggers (dissolved oxygen, pH, salinity, turbidity, chlorophyll a fluorescence, and temperature) in the Santa Clara River Estuary from December 2008 through December 2009 and collected wet and dry weather mass emission station water samples for nutrient analysis during the 2008/09 monitoring season. The Bight 2008 reports are available at http://www.sccwrp.org/Documents/BightDocuments/Bight08Documents/Bight08AssessmentReports.aspx.

For Bight 2013, the Program participated in the microbiology component to help assess the extent of human fecal contamination from coastal drainages to the ocean. From October 2013 through June 2015, the Program collected water samples from the Ventura River, Santa Clara River, and Calleguas Creek during wet and dry weather, and the Ormond Lagoon Waterway (formerly known as Oxnard Industrial Drain) during dry weather. The samples were analyzed for the HF183 human-associated DNA fecal marker. The marker results will help gauge the presence of human fecal material in each sample and the percentage of samples positive for human fecal material will then be used to assess the extent of human fecal contamination at each site and across the region. The Bight 2013 reports will be available at: http://sccwrp.org/Documents/BightDocuments/Bight13Documents.aspx The Program initiated a study in 2014 to identify the host species contributing bacteria to the municipal separate storm sewer systems (MS4s) and receiving waters. The study looked for genetic markers that can indicate the type of animal the bacteria came from, e.g. humans, birds, dogs, horses, or cattle. An initial report on the findings was produced in 2015.